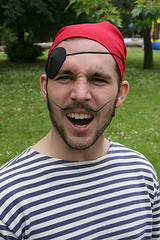 The gaming community is all a-flutter over some comments from Jason Holtman, the business development guy for games corporation Valve. [via TechDirt] The quote that’s got lips flapping is this one:

“There’s a big business feeling that there’s piracy,” he says. But the truth is: “Pirates are underserved customers.”

Such a statement is naturally considered heresy by the gaming industry, which sees mammoth endemic piracy as eating away at its profit margins. Valve are well placed to understand digital distribution, though, thanks to their Steam service, and Holtman has evidently seen the writing on the wall as regards selling intangible products in tangible venues… perhaps he’s been learning from the mistakes of Hollywood and the record labels? [image by ioerror]

Whether piracy of digital content will ever be defeated remains an open question, of course (and seems unlikely), but it has been pointed out before that the most effective method of curbing the impact might be to minimise the reasons it happens – the biggest of which is surely the high prices. If every $80 game could be bought online for $10, would they sell eight times as many copies? How thin does that margin need to get before people stop taking the risks inherent in using cracked software?

And what ever happened to the flurry of interest in in-game advertising as a monetising strategy?

One thought on “Pirates are underserved customers, says games executive”