This month in Blasphemous Geometries, Jonathan McCalmont presents his second attempt to produce an alternative shortlist for the Hugo Award for Best Dramatic Presentation, Long Form that looks a little further afield for the best examples of genre cinema of the last year.

Every year, with merciless and unceasing regularity, hundreds of fans gather at Worldcon. After a few days of discussion, networking and having their pictures taken in beards and Hawaiian shirts for inclusion in Locus magazine, the fans attend the Hugo award ceremony. This award ceremony is the climax of a cycle of discussion during which science fiction fans across the globe begin handicapping, second-guessing and complaining about the Hugo awards with varying degrees of bitterness, enthusiasm, alienation and excitement. It is a cycle that starts with the announcement of the Hugo Awards shortlists. This year’s cycle began on the 19th of March.

Being the kind of person whose bitterness and alienation always outweigh his enthusiasm and excitement, I see one particular Hugo – that awarded for Best Dramatic Presentation, Long Form – as a wasted opportunity. Every year, instead of celebrating the rich tapestry of cinematic genre, the Hugo shortlist is dominated by heavily-marketed American blockbusters, more frequently than not based upon already well known pre-existing works such as books or comics. In fact, last year, the nominees were so spectacularly weak that I felt obliged to come up with an Alternative Hugo shortlist made up of good films that somehow failed to capture the attention of Hugo voters. This column is my second attempt at an Alternative Hugo shortlist for Best Dramatic Presentation, Long Form.

This year’s BDP, LF shortlist is considerably stronger than last year’s. Though a hugely flawed work, Christopher Nolan’s The Dark Knight nonetheless managed to say some very interesting things about the politics of super heroes. A topic close to my heart as regular readers of this column will know. It might even have stolen some of the thunder of Zack Snyder’s adaptation of Watchmen. Indeed, del Toro’s Hellboy II and Favreau’s Iron Man seem like insubstantial works by comparison. However, for all of The Dark Knight’s towering ambition and cultural impact, I think it is a weaker film than Andrew Stanton’s WALL-E. As a surprisingly delicate and intelligent work of traditional SF, I would be genuinely shocked if WALL-E did not go home with the Hugo. This is not to cast aspersions on the final nominee – the audiobook METAtropolis edited by John Scalzi – it is just a reflection of the fact that I have not heard it or seen it discussed that much and I suspect that most Hugo voters will be in the same boat as me.

The fact that METAtropolis made it onto the ballot instead of a more heavily advertised film is something of a comment on the comparative weakness of mainstream genre films in 2008. The most surprising omission is perhaps Matt Reeves’ Cloverfield but Hugo voters also snubbed (admittedly weak) tie-in films such as Jumper, The Incredible Hulk, Twilight and The Spiderwick Chronicles. Not to mention original genre works such as Hancock, The Happening or Neil Marshall’s Doomsday, any of which could have conceivably found their way onto the BDP, LF shortlist.

However, while Hollywood’s genre output might have been dominated by the bland and the tired, foreign creative intellects vast and cool and unsympathetic, regarded the box office with envious eyes, and slowly and surely drew their plans against them. 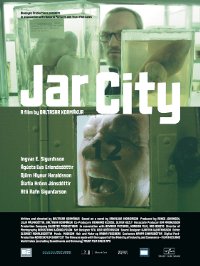 Jar City (AKA Mýrin) – Written and directed by Baltassar Kormákur and based upon a novel by Arnaldur Indriðason, Jar City is a crime film chock full of SFnal elements. Set in Iceland, the film investigates two seemingly unrelated deaths and considers the social impact of passing on certain kinds of genes. How a moment of madness can not only come to define another person’s life but how those genes can radiate outwards and impact the lives of people that appear to be completely unconnected. Aside from tackling the kind of issues that tend to pop up in the more interesting works of literary SF, Jar City is also a brilliantly made film. Visually, Jar City makes ample use of the bleak beauty of Iceland itself but even the interior shots carry power by virtue of being spectacularly lit and elegantly shot. The film’s script is also impressive, packed as it is with humour (such as the metrosexual detective’s attempts to fit in with his ‘less complicated’ colleagues) and powerful emotions (such as the silent bond between a man who lost his daughter and the protagonist who desperately does not want to lose his). Jar City was undeniably one of my favourite films of 2008 and it contains more than enough genre-related themes and tropes to merit inclusion on this shortlist. 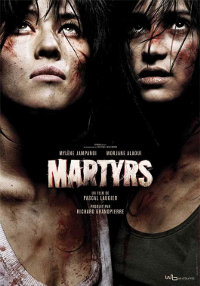 Martyrs – Written and directed by Pascal Laugier, Martyrs marks the culmination of two distinct strands in recent French cinema. Drawing on the emotional impact of transgressive films such as Marina de Van’s In My Skin (2002) and Gaspar Noe’s Irreversible (2002) as well as recent French genre films such as The Crimson Rivers (2000) and Switchblade Romance (2003), Martyrs is a film of such visual intensity and emotional precision that it transforms the cinematic experience into an act of masochistic devotion; it is precisely because Martyrs disturbed me that I adore it. However, aside from its raw power, Martyrs is also a surprisingly intelligent film. Its primary theme is the way in which the young are made to suffer for the beliefs of older people with more power. Partly about politics, partly about religion and partly about parenting, Martyrs explores the idea that even if a set of beliefs is correct, that is no guarantee that those beliefs can be effectively transmitted or that said transmission will cause anything other than misery and madness in the children forced to live with them. Despite having one foot firmly planted in the mundane horror tradition that is currently en vogue, Martyrs nonetheless has a number of supernatural elements to it.

Dead Set – Created by Charlie Brooker and directed by Yann Demange, Dead Set is a British mini-series based around the idea of a Zombie outbreak taking place during the filming of the reality TV show Big Brother. Written with genuine wit and knowledge of the reality TV genre, Dead Set‘s main accomplishment lies in its evolution of zombie symbolism. Where Romero used zombies as a way of talking about the alienation one feels from the rest of the world and Shaun of the Dead (2004) turned the mythology upside down by suggesting that it is our lack of interest in the wider world that makes ‘us’ rather than ‘them’ walking dead. Brooker took this imagery in a different direction by suggesting that people who work in the media see themselves as under siege. Under siege by a general public that is utterly irrational, utterly relentless and utterly insatiable in its fickle desires, so insatiable that we might as well be droning ‘braaaaains’ as we flick through the channels. The show explores the idea that reality TV contestants (who, of course, crave access to the media classes) are in fact seeking shelter from a world that is no more sympathetic to celebrities and people in the media than it is towards itself. 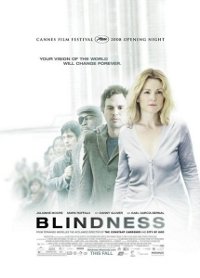 Blindness – Directed by Fernando Meirelles and based on a novel by José Saramago, Blindness is set in a dystopian world where the entire population is suddenly struck blind. Sticking closely to the post-apocalyptic rebuilding trope, the film concentrates mostly upon the difficulties involved in building mutually inter-dependent communities when you cannot look the other person in the eye and need not look at yourself in the mirror. Seen by many critics as pretentious in its steadfast refusal to settle into an easily accessible political, philosophical or moral parable, Blindness moves its characters through the highs and lows of a world full of blind people. Its refusal to pick a meaning and stick with it seems to be an admission of the fact that ‘sight’ and ‘blindness’ have become floating signifiers, metaphors so vague as to be effectively meaningless and as such it is silly to search for a deeper truth than human suffering and happiness in a world where everyone is blind. As with Meirelles’ previous films The Constant Gardener (2005) and City of God (2002), Blindness is shot in a style anchored in cinema-verite but which is more than capable of allowing thematic textures to filter through in the lighting and colouring of the scenes. 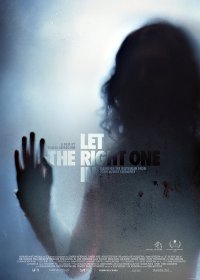 My final nominee is also my choice for finest genre film of 2008. Not only is it a brilliantly made, acted, written and conceived work of cinematic art, it also manages to be incredibly intelligent despite having both feet planted firmly in that most unloved of arriviste populist genres, the paranormal romance.

Let the Right One In (AKA Låt Den Rätte Komma In) – Directed by Tomas Alfredson and based upon a novel by John Ajvide Lindqvist, Let The Right One In is a story about an isolated young boy who becomes friends with a vampire, who by virtue of its age and its feeding habits is equally alienated from the society around it as the young boy who falls in love with it. However, the true genius of the film is in its willingness to explore the dark side its own genre. For example, when we meet the vampire we see it as a little girl, and this is how the boy sees her but she is clearly not human. In fact, she even says “I am not a girl”. Once we realise this, the vampire ceases to be part of a couple and starts to become something far more sinister; an old and calculating intelligence who, having lost one human retainer, sets about grooming another. Filled with such sinister themes, the film is suffused with a deep sadness. Sadness at a world that is cold and distant and faintly unfair. Alfredson brings this world to live with incredible beauty; a world of dark nights and brilliant white snow tinged with scarlet blood. Let the Right One In is not only one of the most evocative and fascinating genre films of recent years, it is also proof that when the correct author gets his hands on the material, even vampires in love can be used to say something interesting.

Jonathan McCalmont is a recovering academic with a background in philosophy and political science. He lives in London, UK where he teaches and writes about books and films for a number of different venues. Like Howard Beale in Network, he is as mad as hell and he’s not going to take this any more.

Jonathan recently launched Fruitless Recursion – “an online journal devoted to discussing works of criticism and non-fiction relating to the SF, Fantasy and Horror genres.” If you liked the column above, you’ll love it.

[ The fractal in the Blasphemous Geometries header image is a public domain image lifted from Zyzstar. ]