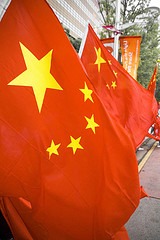 There’s been plenty of press recently about the threat of Chinese hackers undermining infrastructure in the West, and about the GhostNet network, which may or may not be a covert espionage tool of China’s government.

The trouble is that the line between state-sponsored or military hackers and young patriots with time and talent isn’t clear; it may be that the bulk of the “red hackers” aren’t employed by their government, and are just hobbyists with a convenient target. Some folk do it “for the lulz”; these people are allegedly doing it for their nation. [image by parrhesiastes]

From China, where I’ve lived for four years, this assessment looks spot-on. Hackers are pervasive, their imprint inescapable. There are hacker magazines, hacker clubs and hacker online serials. A 2005 Shanghai Academy of Social Sciences survey equates hackers and rock stars, with nearly 43 percent of elementary-school students saying they “adore” China’s hackers. One third say they want to be one. This culture thrives on a viral, Internet-driven nationalism. The post-Tiananmen generation has known little hardship, so rather than pushing for democracy, many young people define themselves in opposition to the West. China’s Internet patriots, who call themselves “red hackers,” may not be acting on direct behalf of their government, but the effect is much the same.

Is this, perhaps, the new emergent youth politics? Going out and fighting for what you believe in out in the digital trenches – even if the thing you’re fighting for isn’t quite what you think it is. And hey – if you get powerful enough, maybe it’ll start changing to be more like what you want to keep you sweet, as it becomes increasingly dependent on your leverage beyond the border. Talk about grass-roots change, right? [via Bruce Sterling]

What’s interesting to me is that patriotism can motivate these kids to hacking. Here in the UK, the most that nationalist sentiment can seem to stir up in young folk is the desire to thump brown people, and those easily swayed by such desires aren’t often in the possession of a mentality that would lend itself to 00b3r-1337 computer skillzorz; as a general rule, Western hackers tend to work against governments and authority (how much is that due to the influence of cyberpunk literature?), so it’s a cognitive dissonance moment for me to read about kids voluntarily furthering the cause of their nation rather than their own interests.

Which is one of the things that makes me wonder just how true all of these stories are. As a general trend, the last twelve months have seen a big increase in news stories that give us reason to fear an amorphous and distant conceptual bundle labelled “China”, in inverse proportion to coverage of the previous faceless multiplex global enemy, namely Muslim extremism. The economic crisis has made this particularly easy (China is buying up western debt! China is stockpiling commodities!), and climate change is a nice lever too (China won’t stop polluting, so why should we?).

While I understand the need for political rhetoric (and the media that feed from it, remora-like) to set up ideological opponents against which to rally the diminishing regiments of Western patriots, I sincerely hope we’re not headed for some sort of Cold War re-run. We’ve enough problems on our plate as it is.