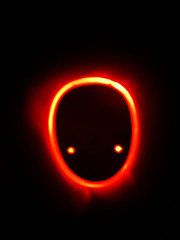 Here is a fine exploration of the differences and similarities in the use of artificial intelligences in Philip K. Dick and William Gibson’s writing:

Turing, whose purpose is to prevent AIs from developing too far, mirror the bounty hunters in Androids — the sole purpose of each is to control and destroy rogue intelligences, although in both novels their roles are shown from very different perspectives. In Neuromancer Turing are genuinely afraid of AIs: “You have no care for your species,” one Turing agent says to Case, “for thousands of years men dreamed of pacts with demons”.

Both Do Androids Dream of Electric Sheep? and Neuromancer portray artificial intelligences as lacking in empathy, but in different ways and for different reasons.

But would a human equivalent AI necessarily be lacking in empathy? Are humans as empathetic as we’d like to believe?

3 thoughts on “Wintermute vs. Rachel Rosen”