Ladies, gentlemen, permit me to present to you the stone cold weirdest SF music ever recorded: ELP’s 1971 magnum opus Tarkus. Interestingly, Tarkus backwards is Suk Rat, which must be more than a coincidence, because that’s precisely what the song “Tarkus” does. It sucks a rat. It sucks a rat’s balls. It sucks a futuristic cyborg rat’s balls. 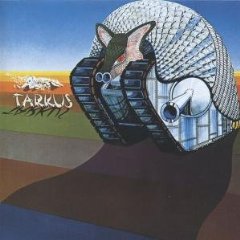 But before we get to the suckiness of the song, we need to get our head around the phenomenon that was ‘Emerson, Lake and Palmer’, advocates of that logic of band-naming that goes: ‘shall we think of a band-name that is snappy and memorable? Or shall we just list the surnames of the band members in alphabetical order?’ Had this utility-brand logic of band-naming ever caught on, Kraftwerk would have been called Bartos, Flür, Hutter and Schneider-Esleben, the Scissor Sisters would be Boom-Secore, Gruen-Marquis, Hoffman, Matronic and Shears and The Fall would be a list several hundred names long. Plus the charts would presently be crowded with bands called things like Pew, Pew, Barney McGrew, Cuthbert, Dibble and Grout. On the other hand, this band-naming strategy at least saved Mr Emerson, Mr Lake and Mr Palmer the bother of agreeing on a collective name like Turd or See My Tonsils or Never Knowingly Undershite. Emerson, Lake and Palmer: I like to think of them as the Three Monkeys of prog: see no reason not to be absurdly pretentious, hear no reason not to be absurdly pretentious, speak no reason not to be absurdly pretentious.

Now, me, were I contemplating writing a song about a future war with a giant cyborg animal of some sort, I might choose a creature for which there is a greater range of rhyme-words. Cat, say. Cow, perhaps. But armadillo? Put yourself in the lyricist’s shoes. It’s a big ask. What rhymes with armadillo? Hardly anything. In fact, I’ve compiled a list:

Not a long list, true; although it doesn’t include what are known as ‘comedy’ or ‘light verse’ rhymes (eg: “what’s that on the window sill? oh!—/It’s just giant cyborg armadillo”). EL and P get round the difficulty by never actually mentioning the word armadillo in their twenty-minute song, but it’s an awkward arrangement. The lyrics, indeed, seem to have been written by somebody whose head has been used for kickboxing practice. I’ll give you an example of what I mean:

The preacher said a prayer
‘Save every single hair
On his head—’
He’s dead.

He’s dead but his hair is still alive? That’s a pretty trippy concept. Either that or the preacher’s power of prayer is extraordinarily feeble. ‘I hereby use the POWER of my PRAYER to PRESERVE this man’s life from—oh, he’s dead.’ The next line is:

The weevil in the web that he made. 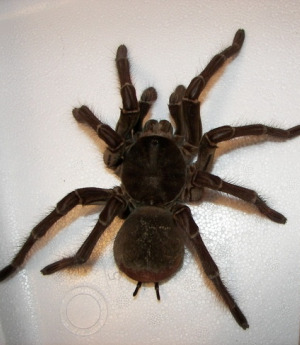 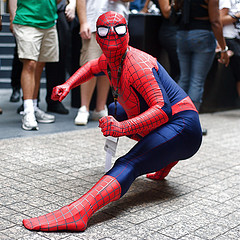 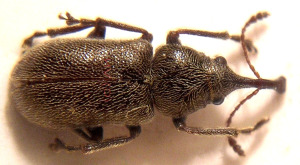 You see the difference there?

But weevils are the least of the puzzles of this song. Ranged up against the futuristic giant cyborg armadillo is a marching parade of peculiar religious types: ‘the cardinal of grief’, ‘the minister of hate’, ‘the pilgrim’, a high priest with a big knife and a bell-ringing bishop. Along they come, with varying degrees of incomprehensibility. The pilgrim, for instance, is clearly a flexible fellow:

The pilgrim wandered in,
Committing every sin that he could
So good!

There are some sins that plain can’t be committed whilst wandering along. Or at least, some sins that I don’t believe I could commit whilst wandering. For some of them I’d need to, you know, lie down. Or at least sit. But not the pilgrim; he can combine a pleasant amble with the commission of every single sin and make it ‘so good’ into the bargain. Bravo, I say. And he’s not the only one with amazing abilities. There’s a choir:

The silent choir sing and in their silence,
Bring jaded sound, harmonic ground.
The weevil in the web that he made!

And whilst you’re pondering the zen concept of those lines, try to make grammatical sense of this:

The messenger of fear is slowly growing, nearer to the time,
A sign.
The weevil in the web that he made!

Is it the messenger who is growing? (Growing taller? fatter?). Or the fear? How does a person grow nearer to a time? Or a sign? A sign of what? Wait, there’s more—this will surely explain matters:

Had you talked to the winds of time,
Then you’d know how the water rhyme,
Taste of wine.

You might think that this should be ‘how the water rhymes’, not ‘how the water rhyme’; but that’s because you have yet to have your talk with the winds of time. Once you’ve done that, you’ll find that all conventional wisdom about the way verbal forms get construed goes out the window.

How can you know where you’ve been?

Have you walked on the stones of years?
When you speak, is it you that hears?
Are your ears full?

But, you know what? I’m losing the energy to answer these questions. Frankly I’m losing the will to live. What about the futuristic giant cyborg armadillo? What happened to him? Never mind nonsensical vatic interrogation, let’s get to the nitty gritty of the battle. Let’s have some explosions! Let’s see the lasers, and bodies and a bit of fighty-fighting!

What? It’s over? Already? Dammit.

Clear the battlefield and let me see
All the profit from our victory.
You talk of freedom, starving children fall.
Are you deaf when you hear the season’s call?

Well, if I’m deaf, Mr Preachy, it’s probably because my ears are full of the stones of years crammed in there by the silent choirs of weevil-singers. Or something. Enough, already!

In fact, there is only one thing that remains to be noted concerning this twenty-minute slice of SF gobbledook, and that concerns one of the last lines:

Confusion … will be my epitaph.

STOP PRESS/UPDATE: It’s weaver in the web that he made. Not weevil at all. D’oh! Don’t I feel foolish! Suddenly the whole song makes perfect sense.

34 thoughts on “Sucking rats: Tarkus by Emerson, Lake and Palmer”