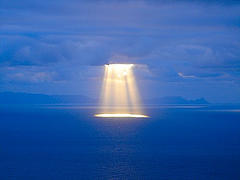 So many things can be said about the hacking of the East Anglia Climate Research Unit’s e-mails. If nothing else, it shows that the ground rules for scientific and scholarly communication are changing rapidly. The dubious ethics of hacking aside, should we expect science, especially on politically charged issues, to get done with the world looking over researchers’ shoulders? Could you do your job with hecklers in the room?

Island of Doubt has this to say:

What’s interesting is how rapidly the climate denial blogosphere has latched onto this as proof that the entire climatology community are in on a scheme to defraud the world. And why whoever the hackers are would think that this material was actually all that interesting in the first place. The hacking of the data is a worthwhile story, insofar as IT security goes, but the content is just plain banal. All we learn is that scientists are humans after all.

The theft and use of the emails does reveal something interesting about the social context. It’s a symptom of something entirely new in the history of science: Aside from crackpots who complain that a conspiracy is suppressing their personal discoveries, we’ve never before seen a set of people accuse an entire community of scientists of deliberate deception and other professional malfeasance. Even the tobacco companies never tried to slander legitimate cancer researchers.

More interesting is what is not contained in the emails. There is no evidence of any worldwide conspiracy, no mention of George Soros nefariously funding climate research, no grand plan to ‘get rid of the MWP’, no admission that global warming is a hoax, no evidence of the falsifying of data, and no ‘marching orders’ from our socialist/communist/vegetarian overlords. The truly paranoid will put this down to the hackers also being in on the plot though.

Instead, there is a peek into how scientists actually interact and the conflicts show that the community is a far cry from the monolith that is sometimes imagined. People working constructively to improve joint publications; scientists who are friendly and agree on many of the big picture issues, disagreeing at times about details and engaging in ‘robust’ discussions; scientists expressing frustration at the misrepresentation of their work in politicized arenas and complaining when media reports get it wrong; scientists resenting the time they have to take out of their research to deal with over-hyped nonsense. None of this should be shocking.

Smart enough to hack, not sophisticated enough to appreciate the daily give-and-take of how science works–is that how we nonscientists are going to approach critical issues? Maybe we can do better than that.