Can you keep a secret? Despite being a total nerd, I somehow managed to grow up without playing a single full D&D adventure. It wasn’t because I was too cool for it or anything, I just didn’t have the right friends. But I wanted to, let me tell you. Desperately.

So I bought sourcebooks. 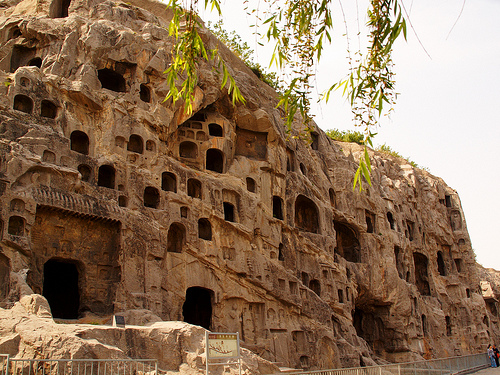 In case you somehow ended up on a website devoted to science fiction without learning this, sourcebooks are supplementary materials for game settings. In order to play a roleplaying game you need the core rulebooks, for whatever system you are using. The sourcebooks are strictly optional. They’ll be full of interesting locations, sketched histories of cultures, maps, key people, adventure ideas, and other trappings that a game master can use to flesh out his or her realm.

They are labour-saving devices for GMs. You mix them with the core rulebooks and then you set adventures in their worlds.

I bought so many of them.

Some of the best went beyond books. Box sets that you could unwrap, pulling out lovingly rendered maps, quick reference cards, special tokens, and all the trappings of a military or exploratory expedition to another world.

Sourcebooks are underrated as a literary medium. I’ve never read a single Star Wars novel and frankly, I’ve been led to understand that they’re pretty uneven in quality. But Star Wars: The Essential Guide to Vehicles and Vessels? A crisp summary of much of the extended universe from the perspective of the spaceships used by its inhabitants? Riveting.

The value of a good sourcebook is something Jorge Luis Borges would understand, I think. Borges was an Argentinian writer who never wrote anything longer than a short story. Sometimes he’d come up with an idea that required an entire book, but he’d realize that the book would be excruciating to read. So he’d write critical reviews of hypothetical books. [The Adam Roberts Project engages in a bit of that sort of thing right here at Futurismic, by the way – Ed.]

The folks who made Piratology understand. They create these tomes that are more like a collection of artifacts for you to piece together than a book. Sure there’s a thin plot to hold it together, but that’s a formality. The real joy is in the scrap of coded paper and the folded treasure map.

Retro Studios who made Metroid: Prime understand. In the first game of the trilogy there is barely any story to speak of. Instead, there’s the archaeology of a story. You can reconstruct it if you take the time to scan the environment and then read through the messages and lifeform data that you collect along the way.

There is a magic in sourcebooks. You don’t get the story all at once. You piece it together yourself, filling in the gaps. You’re given brief timelines, descriptions of key locations and people, and so much room for your own imagination. You come at it non-linearly so your experience is uniquely yours. The brutal massacre of Abalonia by the Betans takes on a new meaning when you come across the entry for Cetalia which describes how the Abalons drowned an entire city of people, just because they traded with the Betans. For the person who read about Cetalia first, the Albalonians had it coming all along.

Which brings me to the new monthly column that Paul’s asked me to write. The concept is this: What happens when a sourcebook gets written in public? I’m not entirely sure, but I’m eager to find out. [image by kevinpoh]

Tim Maly lives in Canada, splitting his time between Montreal and Toronto. He’s one of the co-founders of Capybara Games, and created Project Wonderful with Ryan North (who did all the heavy lifting). These days he’s working on education using virtual worlds with Pleiades and making financially sustainable art with Public Recordings. He used to teach debating and public speaking and every now and then he’s asked to explain what social networking is to an audience.

He writes about architects, cyborgs, and our weird broken future at Quiet Babylon and is @doingitwrong on Twitter.