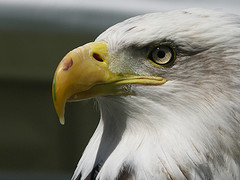 Internet serendipity strikes again! Hot on the heels of my questions about the political fragmentation and polarisation of the United States comes a long but lucid article from one James Fallows at The Atlantic, in which he discusses the nation’s seemingly perpetual worries about its own decline, and the reasons he believes that the US is still the envy of the world in most respects. [via MetaFilter; image by Henry Brett]

It really is quite lengthy, but well worth the time. There’s too much to attempt a succinct summary, so I’ll skip through to Fallows’ main point of concern – namely that the thing that most needs fixing is the US system of governance. But how could that be achieved without a coup or a complete constitutional rewrite?

That is the American tragedy of the early 21st century: a vital and self-renewing culture that attracts the world’s talent, and a governing system that increasingly looks like a joke. One thing I’ve never heard in my time overseas is “I wish we had a Senate like yours.” When Jimmy Carter was running for president in 1976, he said again and again that America needed “a government as good as its people.” Knowing Carter’s sometimes acid views on human nature, I thought that was actually a sly barb—and that the imperfect American public had generally ended up with the government we deserve. But now I take his plea at face value. American culture is better than our government. And if we can’t fix what’s broken, we face a replay of what made the months after the 9/11 attacks so painful: realizing that it was possible to change course and address problems long neglected, and then watching that chance slip away.

I started out this process uncertain; I ended up convinced. America the society is in fine shape! America the polity most certainly is not. Over the past half century, both parties have helped cause this predicament—Democrats by unintentionally giving governmental efforts a bad name in the 1960s and ’70s, Republicans by deliberately doing so from the Reagan era onward. At the moment, Republicans are objectively the more nihilistic, equating public anger with the sentiment that “their” America has been taken away and defining both political and substantive success as stopping the administration’s plans. As a partisan tactic, this could make sense; for the country, it’s one more sign of dysfunction, and of the near-impossibility of addressing problems that require truly public efforts to solve. Part of the mind-set of pre-Communist China was the rage and frustration of a great people let down by feckless rulers. Whatever is wrong with today’s Communist leadership, it is widely seen as pulling the country nearer to its full potential rather than pushing it away. America is not going to have a Communist revolution nor endure “100 Years of Humiliation,” as Imperial China did. But we could use more anger about the fact that the gap between our potential and our reality is opening up, not closing.

Lots of food for thought in there… not to mention enough starting points for a dozen Harry Turtledove novels (albeit minus the lizards). How do you think the US might rescue itself from this political cul de sac?

7 thoughts on “America’s decline, and how to prevent it”