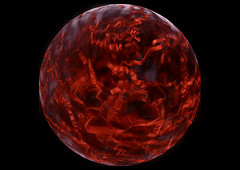 Aspiring space opera writers, take note: you can now download the Rand Corporation’s 1964 report document “Habitable Planets for Man” as a PDF file for personal use, a piece of work
described as being the ultimate guide to creating plausible fictional worlds … even though it was meant for more ‘serious’ purposes. [SlushGod] [image by SideLong]